Bikes for Key Workers - the journey so far

Bikes for Key Workers - the journey so far 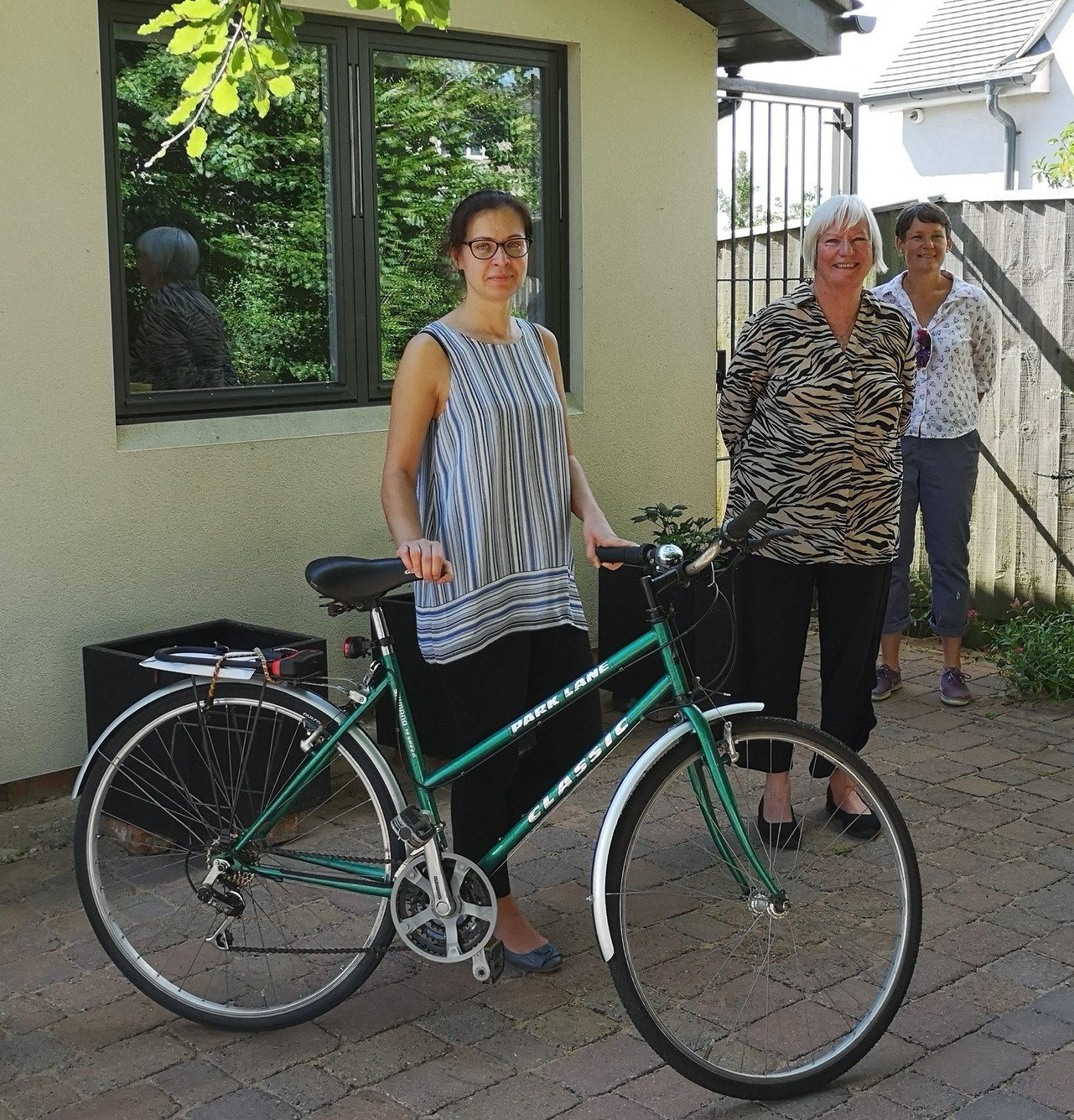 In April 2020, we were very proud to work with key partners including Cyclox to launch a new scheme providing free of charge bikes for NHS and social care key workers. This incredible initiative has brought together donors, volunteer mechanics, local bike shops, community organisations and funders from across Oxfordshire, and last week we are thrilled to announce that the 400th bike was given out.

We've caught up with Active Oxfordshire's Josh Lenthall on how Bikes for Key Workers has transformed hundreds of lives:

1: How did Bikes for Key Workers come about?

The idea first came from Windrush Bike Project in Witney, who were providing free of charge, refurbished bikes for local key workers during the first lockdown and were seeing a real surge in demand. Many key workers couldn't use public transport to get to work due to the risk of infection, so making sure they had bikes to help them carry on their incredible efforts was critical. A real catalyst for the project was Cyclox coming on board and they have played an essential role in co-ordinating Bikes for Key Workers over the last six months.

2: What has been your highlight?

The feedback from the key workers about the difference it's made – not only how it helped them get to work, but how much it's helped their health and wellbeing or overcome their fear of cycling from when they were a child. Bikes for Key Workers has become a real celebration of the power of getting active and sets a standard for how we can live our lives post lockdown.

3: What's been the biggest factor in the success of Bikes for Key Workers?

I can say with absolute confidence that Bikes for Key Workers has only worked because of the partners involved. The team at Cyclox have done an incredible job co-ordinating the bike donations, volunteer mechanics and getting the bikes to the key workers. We've also had superb support from funders including Oxford Health, Oxfordshire Community Foundation, Big Bike Revival and Cherwell District Council, as well as the generous donors who raised over £10,000 in our public appeal.

Kathryn from Cyclox, who has played an instrumental role from the beginning, adds:

"Cyclox has been thrilled to work with Active Oxfordshire on the Bikes for Keyworkers Project which started in April and is still going strong. We are truly grateful to the many donors from all over Oxfordshire for the gifts of the bikes they no longer use and a very special vote of thanks to all the volunteer mechanics who have given up their valuable time to repair and service these bikes to ensure they are roadworthy."

4: What's next for Bikes for Key Workers?

We were delighted to recently receive a generous grant from Oxford Health and Cyclox is arranging for a further 70 bikes to be donated. As well as providing the bikes themselves, we are also working with Dr Bike to deliver sessions to key workers on bike maintenance. Going forwards, we are working within East Oxford on increasing access to cycling, including a bike library in Blackbird Leys with plans to expand across other areas of the Community Impact Zone.

There was a huge response from keyworkers needing bikes and there is still a long waiting list. SO, if anyone still has an unused bike in reasonable condition that they would like to donate, particularly women's bikes, please contact cycloxbikedonation@gmail.com or kathryn@kmcnicoll.co.uk

Finally, we want to say a huge thank you – to Cyclox for their incredible, tireless efforts over the last six months, to our amazing volunteer mechanics, to the bike shops and community organisations, to everyone who has donated and of course to our key worker heroes.