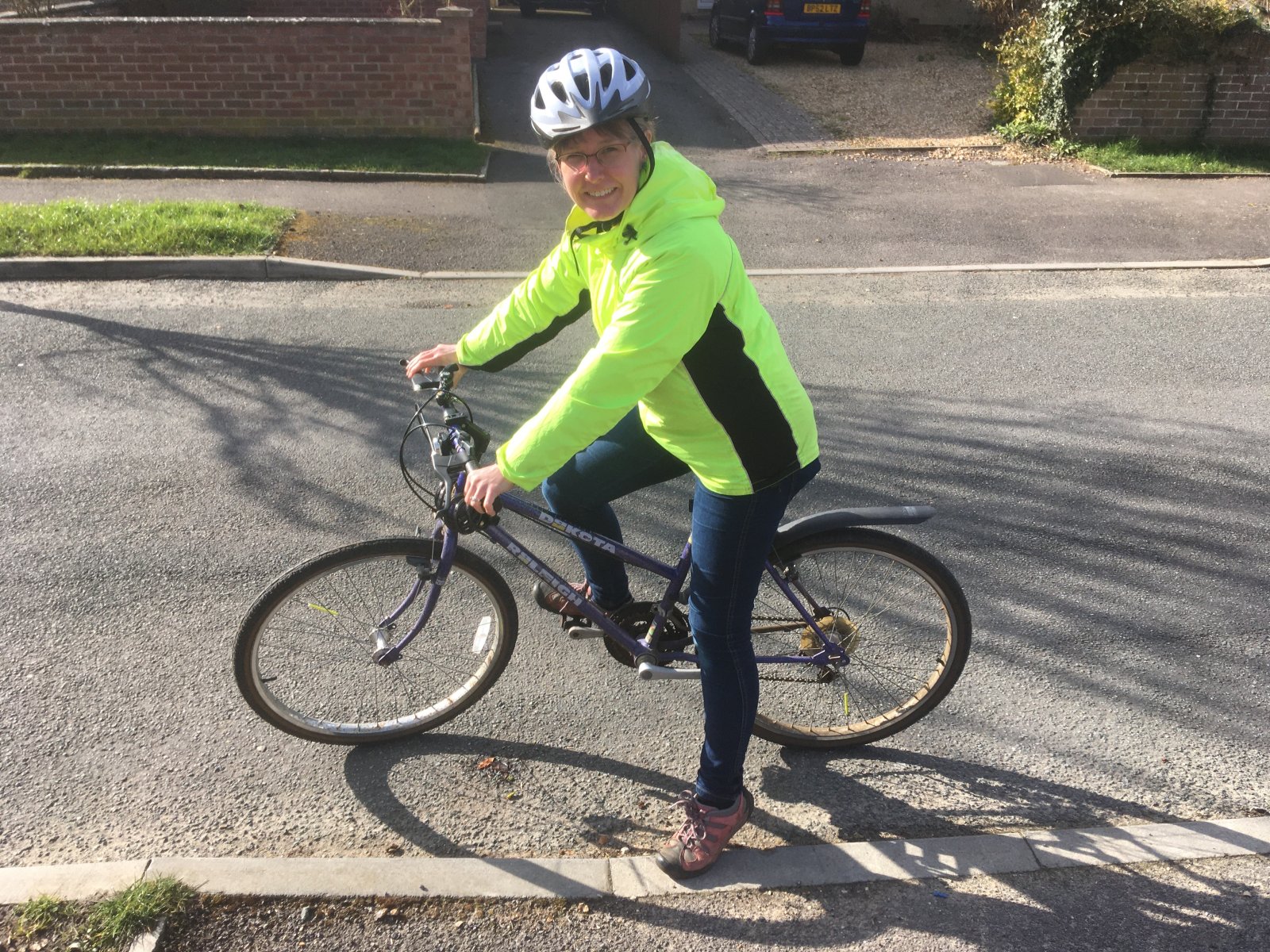 We're over the moon to announce that the incredible Bikes for Key Workers scheme has now donated 500 bikes to Oxfordshire's key worker heroes!

Bikes for Key Workers first began in April 2020 in partnership with Cyclox and many other local organisations. This fantastic scheme was based on an original idea from Windrush Bike Project. We were hearing that many key workers were concerned about using public transport to get to work due to risk of infection, so by providing them with free of charge, refurbished bikes, this scheme meant that key workers could carry on their vital work and increase their health and wellbeing, too.

The bikes were donated by members of the public and checked over by volunteer mechanics, with final safety checks completed by qualified mechanics and bike shops. The scheme also offered refresher sessions to help build confidence with getting back in the saddle and advice on bike maintenance too.

One of the key workers who benefited from the scheme is Rachael Potter, a key worker based at the John Radcliffe Hospital, who uses her bike for commutes to work and to travel between hospitals:

"I want to say a big thank you to everyone involved in the Bikes for Key Workers scheme. Since receiving my bike and having the lessons to get me started, I have cycled to work near-on every time. It's meant that I can reduce my own infection risk by avoiding the buses, as neither me nor my husband drive, and can travel easily between John Radcliffe and Churchill hospitals. It has given me so much additional time, both in the morning and after work. I can arrive home to see my children before their bedtime, and it gives me extra time in the morning too because I don't have to walk to work. I enjoy cycling now and feel healthier because of it. I feel much more confident cycling."

Bikes for Key Workers has resulted in longer-term change, too. When the project began, 55% of recipients had not cycled since childhood. Thanks to the success of the scheme, 68% of key workers say they would now cycle to work instead of using public transport.

"We're delighted to have reached the 500-bike milestone and it's testament to the incredible energy, commitment and dedication of Cyclox, the volunteer mechanics, donors and partners involved that we've been able to make so much difference. It's fantastic to see that the bikes are still being used regularly by the key workers, so we've seen a real shift in people swapping cars or buses for bikes and feeling confident back in the saddle. Bikes for Key Workers is a real celebration of what happens when everyone comes together in response to a crisis. We'd like to extend a huge thank you to everyone involved."