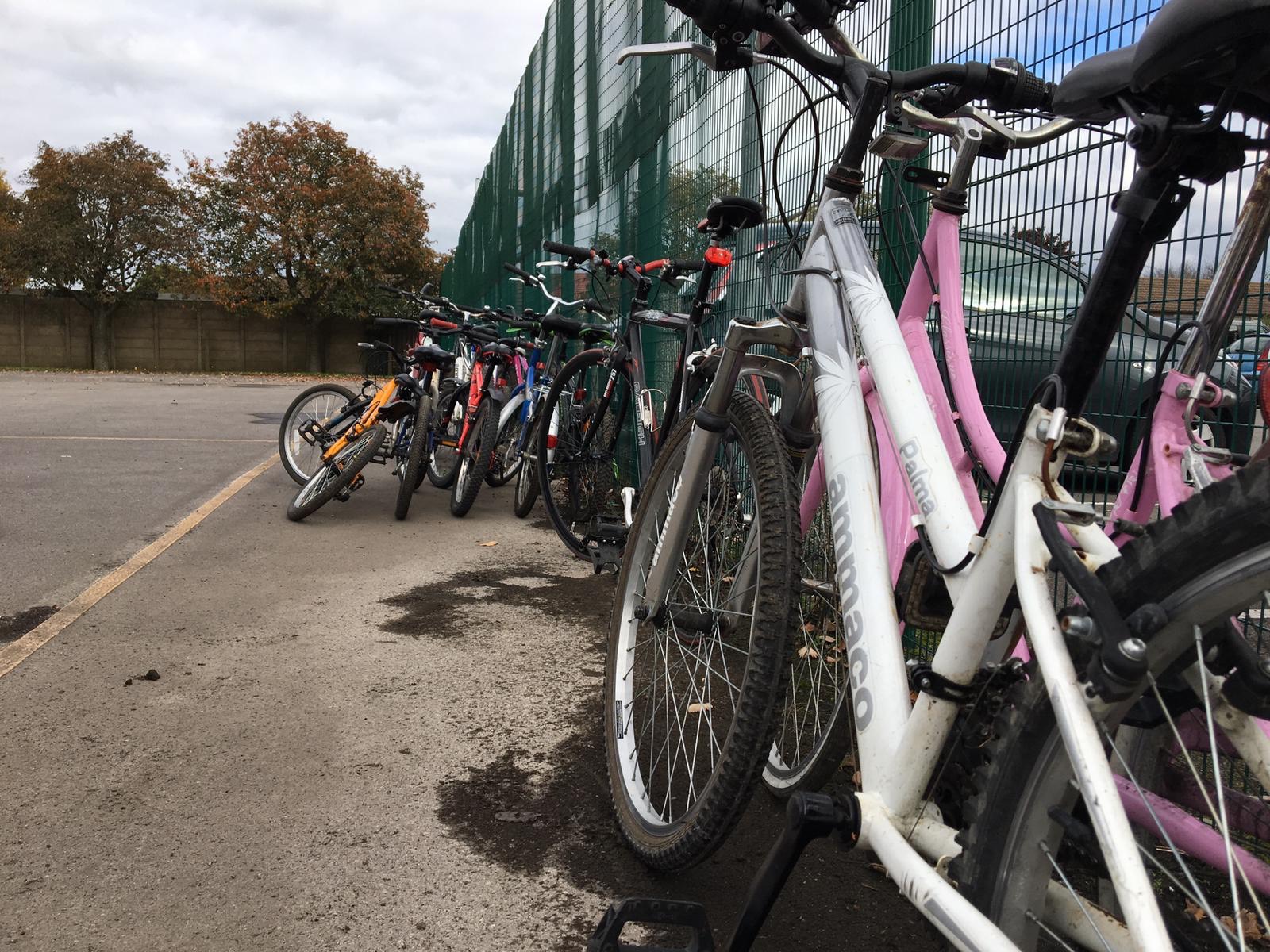 Here is one of the stories from one of our Active Reach participants collected by The Old Fire Station through our storytelling evaluation:

I won't lie, I genuinely had no idea who Oxford Hub were. I'm not even sure how we got on their radar. I think it was through the school. But when it came to the lockdown, the first one, many moons ago, my oldest two, who are now twelve and ten, got offered to go to a summer school. When they was leaving, they got offered to have bikes given to them, and they were nice enough to give us, the whole family, a bike as well. Either all four of us or the three of us, when the youngest one's at his dad's, we just go out, as far as we can pedal.

My youngest, he's now five, and he hadn't had a bike, and he's really wanted to. So, I was saving up for his birthday, or for Christmas, and then next minute they said that he could have one as well. And they offered me one so we could go on family bike rides. And helmets, locks and lights. They weren't patronising and they didn't make me feel like a bad parent that I couldn't provide these things. They didn't make me feel condescended to when they were talking to me or anything. It just felt more like a case of 'We've got them spare,' even though they didn't, they had to go and get them.

We're waiting now because my daughter, because she's gone on hers so much, we can't figure out if it's got a puncture, or just a flat tire, so we're waiting on a mechanic or someone to come and look at it just to see what's needed. So, they're actually still helping. They've checked up on me, they gave me a Christmas card, and then yesterday one of them messaged me to see how we're getting on with the bikes. I mentioned about the flat tire, and straightaway she said, 'We'll get a mechanic round when we can, and he'll try and fix it for you.'

They have the resources, and they stick at it. They said that they were going to get everyone a bike and they didn't let us down. It wasn't just a case of saying, 'Okay, we're gonna get you all bikes,' and then suddenly, they could only get one for my daughter. And then they're like, 'Actually, we're just gonna leave it now, 'cause we've tried, but we can't do it.' They kept on it until they kept their promise.

It wasn't just the bikes, it was them going to the summer school. That was a massive help because they got to go and see their friends during a really rubbish time. They hadn't seen their friends in God knows how long due to Covid. So, it was nice for them, even though it was still kind of segregated into little bubbles, they had a group of friends, whether it was ones that they may have known already, or even to make new friendships, they got to be kids for a bit. And them having bikes were able to go out and do something other than just sit down in the garden or go for a walk, we can mix it up a bit.

They know how to ride bikes, they know road safety, but I've never taught them to ride with one hand and indicate. But at the summer school, the last two weeks, they took them out and taught them how to crossroads safely, how to indicate with their arms and everything like that. So, they now have a bike license. Just to get a little bit of confidence.

It helped massively knowing that my kids had a slice of normality during all this. It wasn't what they're used to, but it was a snippet of anything, and we grabbed it with both hands while we could. And the bike has definitely helped me out, because regardless of if I've got the kids or not, I could go on a bike ride on my own. But it's massively helped the kids, which then in turn helped me. It wasn't like the first three or four months, where they were kind of getting confused. You could see them again. It was just nice to see my son and my daughter be back to how they were. I can't say they were calmer because obviously they came back all hyper and wanting to talk about stuff, but they were calmer as in, you could clearly see their mental health took a massive dive with the Covid and it just kind of edged them back up a little bit.

It was a relief. 'Cause I've got three, and I'm worrying about all three of them. So a little break or a breather is quite helpful and handy and warranted. Covid has affected everyone in so many different ways but I think the biggest one is mental health. The club and the bikes, they massively helped, whether it be a case of getting the kids to go and see their friends or getting them to meet new ones or getting them out for an exercise for a bit, or now having something new to be able to go and explore. Without that it would have been hideous. Annoying. Just the same day over again.

My kids laughed at me when I came back with a pink bike. 'Cause I am the least girly. We went past and we was like, 'Let's hope it's not that one,' 'cause it was the only pink one sticking out like a sore thumb. And now I have a very pretty pink bike. I'm heavily tattooed, pierced and everything. So, coming out on this little pink thing, with the little wicker basket with the flowers on it, it will be great. But it gets me to A to B and gets the kids out as well so I'm happy either way.

It's good for puddles as well. That was our favourite day when it poured down. There was massive puddles and we just spent, I think it was like forty-five minutes, just racing through them. Just this one puddle, because it went up to, my youngest is quite short, and it went up to his knees. Just speeding through. We got bloody soaked but it was just fun.