We must Build Back Fairer, not Better: new series of events to address inequalities of access to public space

We must Build Back Fairer, not Better: new series of events to address inequalities of access to public space 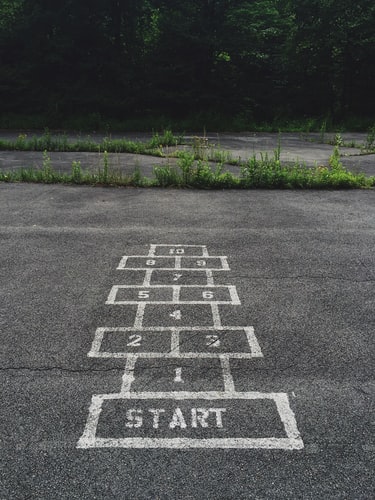 Enough of "Build Back Better" - if we want sustainable change, we must Build Back Fairer

Matt Roebuck, Healthy Place Shaping Partner at Active Oxfordshire on launching a new series of events to address inequalities of access to our parks, streets and facilities so that every adult and child in our county has an equal chance at an active life.

Picture your local park, now the pavements you might walk and the roads you might cross to get there. Now consider an 8-year-old child, accompanied by a grandparent in their 80s. Would you feel comfortable sending them on that journey? When they reach the park, will they have somewhere to sit and rest? Somewhere to shelter from the rain, use the toilet or access drinking water?

Since the Victorians started building parks – and long before that -- access to public spaces has been recognised to produce positive health, environmental, economic, and social outcomes for residents who can access them.

The COVID-19 pandemic made these benefits increasingly obvious, leading to increased use of our streets, parks, squares, and other open spaces – even repurposing car parks – as places for people to gather, exercise, socialise and access services. We've seen this in action through our Active Reach programmes, funded by Sport England's Tackling Inequalities Fund.

During lockdown, I think it was Make Space for Girls who pointed out that as we couldn't meet friends in cafes, pubs and other indoor spaces, we finally knew what it was like to be a teenage girl – a group who are financially or legally restricted from these spaces but who still want somewhere to sit, meet, shelter, with access to a toilet.

We've all heard the calls to 'Build Back Better', but following the unequal impact of Covid-19 that has seen a widening of social, economic, environmental and health inequalities, Active Oxfordshire, as part of our Healthy Place Shaping work is partnering with Oxfordshire Liveable Streets, and local groups to hold a 'Build Back Fairer' series of events that over the next six months will consider how we might address inequalities of access to our streets, parks and other public spaces.

As the US Think Tank Brookings argue; when we ask who a public space is "for" many placemaking practitioners are quick to say "everyone." But a "one-size-fits-all approach" to infrastructure fails to consider the needs of often-excluded groups rather than "the public at large".

The barriers that these groups may face may be wide-ranging, and not always solvable through infrastructure alone – they might include "transportation, costs, such as admission, travel, food, childcare, or even time, and perceptions of historically unequal investment in the public realm—all of which prevent some residents from accessing and using a space."

That's why over the last year Active Oxfordshire, to support the changes made to our streets to make walking and cycling safer has partnered with a range of community-based organisations to build trust, and help them to create interventions that are targeted towards those most likely to face barriers in accessing and moving around our public realm.

That's why in each session of Build Back Fairer, we'll hear not only from national and international experts in the field but also people with lived experience of the barriers that exist in Oxfordshire.

I've just returned from visiting family in the Netherlands, while I was there I visited Utrecht, a city where they are consulting on a public realm standard that means there every child will be within 200 metres of a play space, which will be as green as possible.

I think this is a great standard and it has me thinking what other standards do we need to support people's access to and movement about the public realm? Benches, toilets, water – what else?

While in Utrecht, I also met Chris Bruntlett,of the Dutch Cycling Embassy. In his new co-authored book Curbing Traffic, he argues that reducing the dominance of the car will help create people first environments that are "child-friendly, connected, trusting, feminist, quiet, therapeutic, accessible, prosperous, resilient, and age-friendly."

After sometime cycling the streets of the Netherlands, visiting with my daughter the multitude of play spaces and filling our drinks bottles at the public fountains I know that in a few years-time when my 8 year old is accompanied by her 'Oma and Opa' to the park I won't have any concerns.