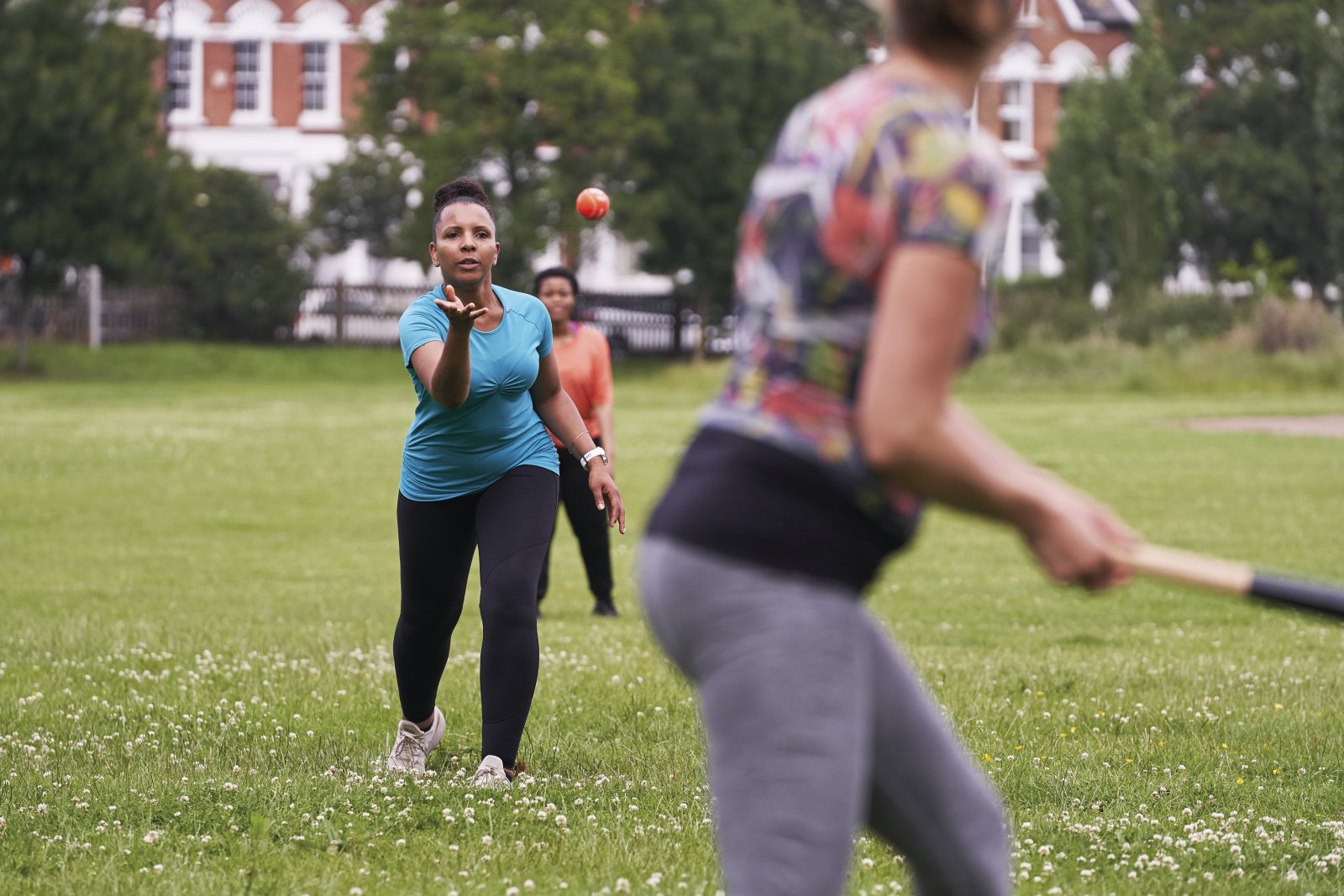 Trust, support, openness to involve and collaborate. Some of the key ingredients in addressing race and cultural inequalities in access to Oxfordshire's public spaces, raised by participants at Building Pamoja, the latest session in the Build Back Fairer series.

The importance of visible community activation involving 'people like me', in a safe and healthy built environment was driven home hard by speakers such as Natasha Summer from the Active Reach project in Blackbird Leys.

"We've held football in the park and keep-fit sessions outside the leisure centre in the car park. The more you are seen outside, the more people see you as they are out dropping off their kids at school. They see women like themselves, women of colour and they are more likely to pass around as say, 'oh what's going on'."

One barrier to accessing Oxfordshire public spaces by or on water is the ability to swim – find out more about Active Oxfordshire (and Natasha's) work to address this.

But, if a lack of visible 'people who look' like me is a key barrier to more diversity in the use of Oxfordshire's public spaces, how do we give confidence to encourage the first people to enter a space and make it more comfortable for other – the 'early adopters'.

Think local and consider to which people or groups these individuals are already connected with, says Banbury Mosque and Green Dome Trust's Yasmin Kaduji, who spoke of the 150 people on her WhatsApp group for whom the the stamp of approval from trusted friends, or community organisations are a pre-requisite to activity.

Yasmin recommends working together with those influencers. Marketing direct from the council probably wouldn't interest them, but collaboration with, and promotion through the local mosque or cultural group gives the confidence that the cultural barriers that face them in engaging in activities will have been considered and addressed.

But Yasmin warned, those organisations, and even individuals within those communities need to be supported and built up with funding. She says we cannot rely on volunteerism forever – if we value the expertise and reach into these communities then we build on these existing strengths.

Yasmin and Natasha are both Active Ambassadors – if you'd like to find out more about becoming an Active Ambassador, we have a dedicated page outlining the scheme or contact harmymattu@activeoxfordshire.org .

Dianne Regisford, who hosted the session on behalf of Pamoja Oxfordshire pointed out that those community strengths may not always be visible to statutory bodies and funders and introduced the audience to Taiwo Oluwatuyi from Abingdon.

Taiwo founded the African Caribbean Support Group for Families living with Autism following her own difficulties to identify a space for her 21-year-old autistic daughter to follow her passion for dance.

After reaching out into the community, she would be told "in a gentle voice, this space is not built for your daughter". After founding a group with other women experiencing a similar situation, she started holding BBQs at her house, creating a space for other families to support one another. Her dream and ambition are to create a public space to meet regularly.

It is groups like this that led to the formation of Pamoja Oxfordshire, which was introduced to the audience by Jacqui Gitau of African Families in the UK.

When central government and other large funders sought to support groups that had seen increased inequalities in health, financial and social outcomes as a result of the COVID pandemic and associated lockdown, in Oxfordshire they faced a problem. There was no infrastructure organisation that was black-led, and so Pamoja – Swahili for Together – brought together 17 community leaders and have since engaged and interviewed over 40 organisations to remedy this. A report detailing their next steps will be soon released.

Though hearing from all these speakers about their experiences and passions was insightful and engaging, perhaps the most value came when the cameras were turned off.

Speakers and members of the audience shared ideas, ambitions and contact details, including representatives from Oxfordshire County Council's Public Health team, and Oxford Friends of the Earth joining in the conversation. A number have already planned a follow up meeting and are inviting others to join.

The Build Back Fairer sessions are part of Active Oxfordshire's commitment to Equity, Diversity and Inclusion. If you have ideas, energy and a desire to collaborate with others, then please reach out to us at mattroebuck@activeoxfordshire.org and we'll try to connect you with people that can help.

Our next session Building an Inclusive Oxfordshire – inequalities in disability access in public space will be held on December 2nd at 12pm and will feature access champion and campaigns co-ordinator at Transport for All, Katie Pennick alongside local voices. If you have an example of work, you are doing in Oxfordshire to improve access to public spaces for people with disabilities please get in touch at mattroebuck@activeoxfordshire.org