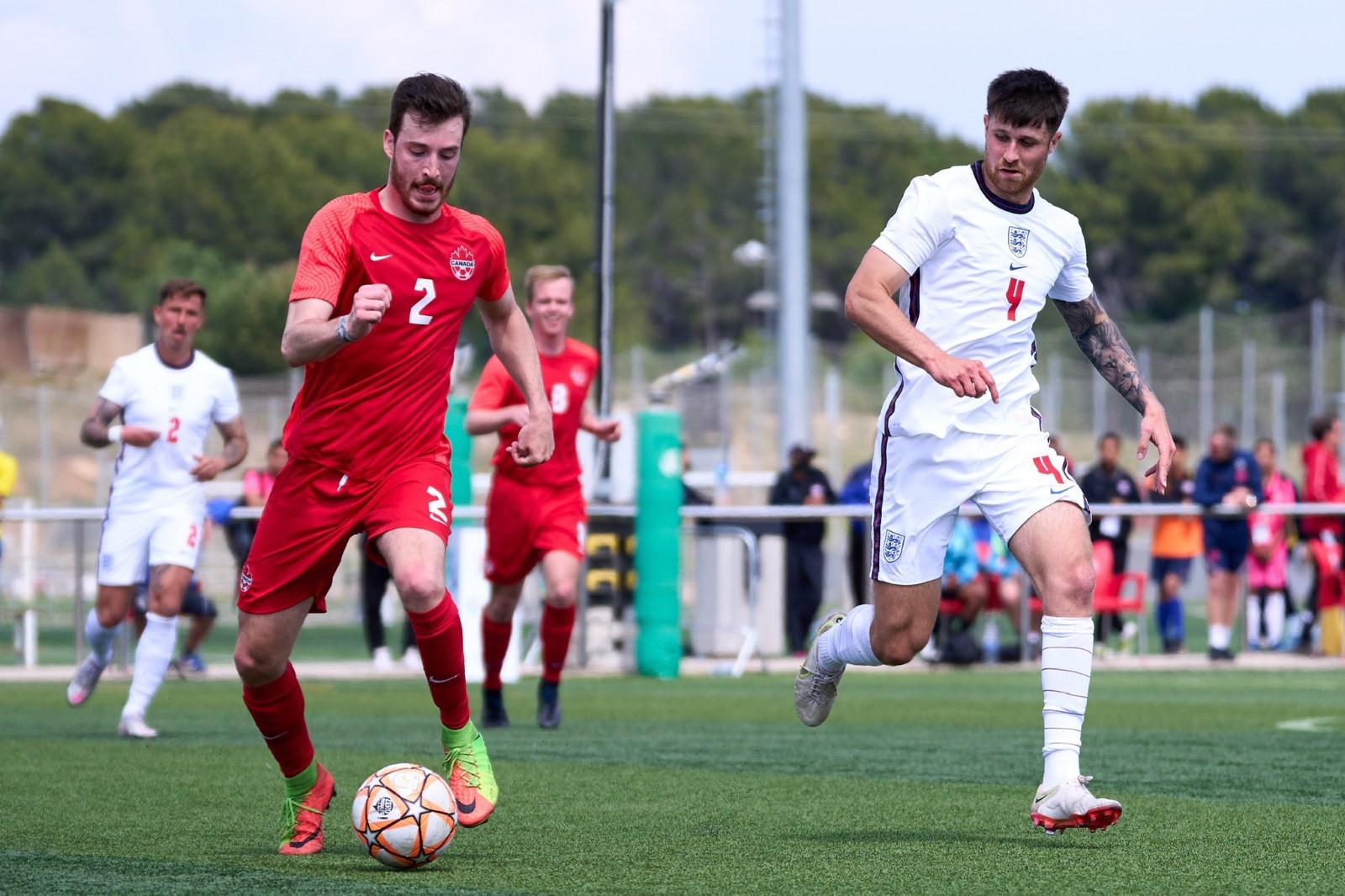 For this week's blog, we are lucky to hear from our Active Ambassador Harry Baker who gave us the inside story on his experiences at this year's International Federation of Cerebral Palsy Football World Cup held in Spain. In this account of the tournament, you'll hear from Harry's journey, his feelings throughout, the overall results and why he is passionate to support others to get involved in football, sport or physical activity, no matter what their physical disability may be.

We asked Harry to tell us about how he became affiliated with the Cerebral Palsy (CP) World Cup, and how he first got into the CP football.

Harry: "I first got into CP football by being scouted at an awards evening by Russell Lewis at Northampton Town Pan disability team, and then years later in March 2022, I got the phone call I had been selected for the England Cerebral Palsy World Cup squad. After 2 years of no international competitions due to the Covid-19 pandemic, I was filled with excitement to represent my country at my 7th major competition. As the days ticked down getting closer to England's opening game against Canada, the nerves started to kick in but in moments like these, all you can do is focus on yourself and train as well as you possibly can to ensure you are as close to the starting squad as possible.

The day before the game during our final preparations I was informed I will be starting against Canada. After 2 hard years of Covid affecting everybody one way or another it was great to know I will be back on the pitch playing in my third World Cup."

This was set to be an amazing experience for all in attendance, we were keen for Harry continue to tell us about how the first two games went:

"The game went nearly perfectly for the team as we ran out 8-1 winners. I reached a huge milestone scoring my first ever World Cup goal. This was an incredible achievement for myself, and I hope to add many more in years to come.

Another convincing win in our second game, we ran out 9-0 winners. I came off the bench to grab my second goal of the tournament. This result and others in our group meant we could rest some players for our final group game against Holland. Despite going down early, we bounced back and managed to secure a 1-1 draw to qualify from the group without losing."

That meant it was on to the quarterfinals for England, Harry continued explaining what happened for the remainder of the tournament.

"In the quarterfinals we faced Paralympic bronze medallist and one of the tournament's favourites Iran. It was an extremely tough game, we scored one of, if not the quickest goal in the tournament going 1-0 up after 12 seconds. The euphoria I felt after that goal was incredible, yet short lived as just before half time Iran grabbed the equaliser. In the second half we battled hard but came unstuck to the quality of Iran who beat us 3-1 in 60 minutes.

Home time for the England team? Absolutely not, there was more to action yet as Harry and the team had to continue to play for ranking points.

"In disability major tournaments instead of going home once you have been knocked out you have to play for ranking points by finishing as high as you can. We had to dust ourselves down and regroup and get ready to play Argentina next, which is one of the biggest fixtures in football. We started off slowly going 1-0 down but we showed great grit and determination to score just before half time and our captain stole the win in the last minutes of the game.

We faced our old enemies from the group stages in Holland. We came out strong pinning Holland back. However, we couldn't break them down in 90 minutes we created 47 chances to Hollands 6 chances. After 90 minutes it went to the dreaded penalties, we had deserved to win the game in 60 minutes, but it wasn't the case. Unfortunately, we lost 4-2 on penalties with me missing the deciding pen."

What an intense experience the team must have had, and we understood from Harry the pressure that the team put on themselves, but what an achievement to get as far as they did.

"I was quite hard on myself after the tournament because we were hoping to finish in a medal place, or the last game would be a medal match. Yet instead, my last kick of the tournament was missing a penalty and England finishing 6th in the World Cup. However, looking back on the 3 weeks away representing my country I scored my first ever World Cup goals and as a team we have learnt some valuable lessons about ourselves as individuals and as a team. It has made me even more determined to put things right in the next major tournament, which is the European Championships next year, I hope we can bring home a medal!"

We asked Harry what it meant to him to be an Active Ambassador and a role model for other children with disabilities, and what advice he'd give to others with disabilities wanting to get into football, he responded:

"It's great to be an ambassador as I feel I can help inspire and ensure people have a safe space to be active and thrive. My main bit of advice would be just give it a go! Commit to 3-5 sessions. If you don't like it after that at least you can say you've tried! The biggest regret you could have would be saying what if?! Who knows what you could achieve if you just give that sport a try!"

If you've felt inspired by Harry's journey, or want to help someone with a disability get into football check this link on the Oxfordshire Youth League. You will find some information about local teams offering sessions and some directories signposting you to opportunities across the county.

A massive thank you to Harry for being so open and honest with all his reflections through the highs and the lows of the tournament! He has certainly done us proud as a nation and we hope to cheer him on in future tournaments too!